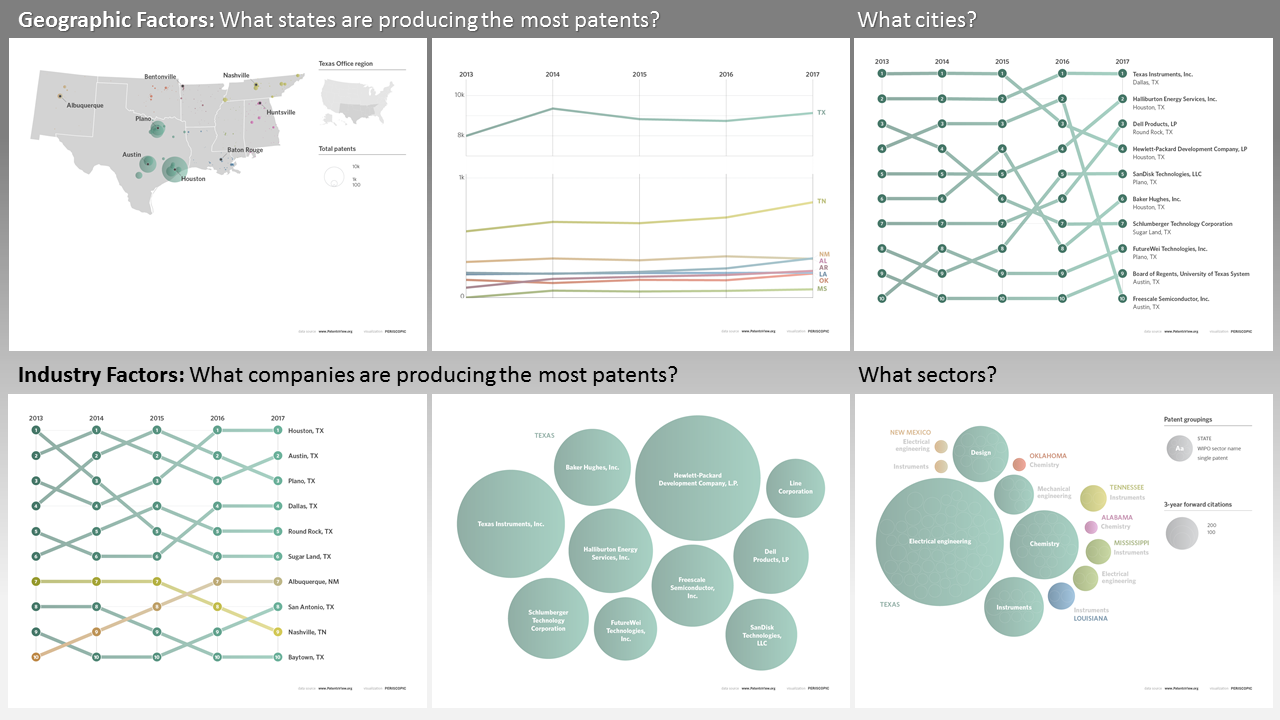 Patenting in the Southern Region

It is said “Everything is bigger in Texas,” and this is true regarding patenting as well. While patent production is concentrated in the areas around Houston, Austin and Dallas (see the map), innovation activity is spread across the entire Southern region. There are innovation hotspots in Albuquerque and Nashville, and a visible dispersion of patent activity throughout Oklahoma, Arkansas, Louisiana, Alabama and Tennessee.

In terms of total patent production, however, Texas vastly leads its neighboring states, though there has been recent growth in the number of patents issued to firms in Tennessee. Within Texas, Houston leads with the most patents produced in recent years, followed by Austin and Plano.

The top 10 patent-producing entities in the Southern region are primarily in information technology and energy sectors.  Hewlett-Packard and Texas Instruments have some of the largest patent portfolios in the region, though key patent-producing energy companies include Halliburton, Schlumberger and Baker Hughes. The top patent producers also include the University of Texas system, showing the relative importance of academic-led research to the region.

The number of forward citations a patent receives is indicative of its value and influence on future innovation. Highly cited patents (those having 100+ citations) are particularly impactful. Not surprisingly, the most influential patents originating from the Southern region concern technology in electrical engineering, chemistry and instruments. While Texas produces the most highly cited patents, Mississippi, Tennessee, Louisiana and New Mexico have all produced influential patents in electrical engineering or instruments. Likewise, Oklahoma and Alabama have generated some of the most-cited patents in Chemistry.

These observations are consistent with the region’s focus on driving innovation in information technology and energy.

The U.S. Patent and Trademark Office’s (USPTO) Texas Regional Office is located in Dallas, Texas and serves Alabama, Arkansas, Louisiana, Mississippi, New Mexico, Oklahoma, Tennessee, and Texas.  Opened in 2015, the goal of the Texas Regional Office is to promote innovation and stimulate the economy by connecting inventors and entrepreneurs to government resources, supporting students and teachers through our STEM education programs, gathering feedback from regional stakeholders, and recruiting diverse talent from the region. For more information, see https://www.uspto.gov/about-us/uspto-locations/dallas-tx/dallas-texas.