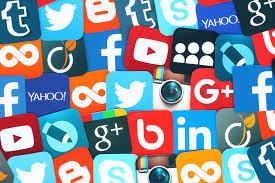 The USPTO's Office of Chief Economist developed the InventorAnalyze package for bibliometric (and other) researchers studying the social networks of inventors, i.e., the community of inventors who collaborate on jointly invented patents. The InventorAnalyze package combines disambiguated patent data from the United States Patent and Trademark Office's PatentsView project with social network analysis tools from the Los Alamos National Laboratory's NetworkX library.  PatentsView uses a statistical algorithm for disambiguating patent inventor names, so that multiple variants of a name are assigned a common identifier and distinct inventors having a similar name are assigned separate identifiers. Such entity resolution is critical to identifying inventors and their collaborators over millions of distinct patents.

The team provides two examples of the type of inventor social network analysis facilitated by InventorAnalyze. The first example demonstrates some of the network-level analysis capabilities that InventorAnalyze facilitates. The second example shows the potential information that network-based metrics can convey about individual inventors and their influence.

The package is a Python script authored by Jesse Frumkin at USPTO and available on GitHub. The full report is here.